On Friday, October 29th 2021, Policy Forum Guyana (PFG) was thrilled to launch the start of a new venture, the “Change Lifestyles, Not Climate” campaign.

This initiative sought to coincide with the start of the United Nations Climate Change Conference, COP 26, which was scheduled
to be held in Glasgow Scotland from October 31st – November 13th. PFG has continually tried to actively engage the public in the awareness of Climate Change and the consequences of their actions as well as a way forward for all parties involved.

This event was no different, the campaign was designed to engage organizations and individuals of all descriptions in Guyana –
religious, business, cultural professional, trade union large and small, of all faiths, sectors, and interests.

Following all the necessary Covid-19 guidelines, PFG elected to use its office as the prime location for this launch. A Facebook live stream was set up to cater for the audience on that platform. The live event accumulated 1,380 views, reached 2,519 persons and also gained
176 significant reactions.

As a result of the overwhelming feedback, it was decided that following the launch a weekly live stream with a public signing and distribution would be done on Wednesdays and Fridays. Due to this, the duration of the campaign and methods of distribution and locations were extended. Interested persons now had the option of signing the pledge virtually and Bartica, Linden, West Coast Berbice, and Region 3 (West Bank Demerara) were added as distribution locations.

Overall, this endeavour has led PFG to increase its awareness measures, create a new climate-themed mural, grow in its volunteer capacity and foster new relationships between the business sector and local influencers. 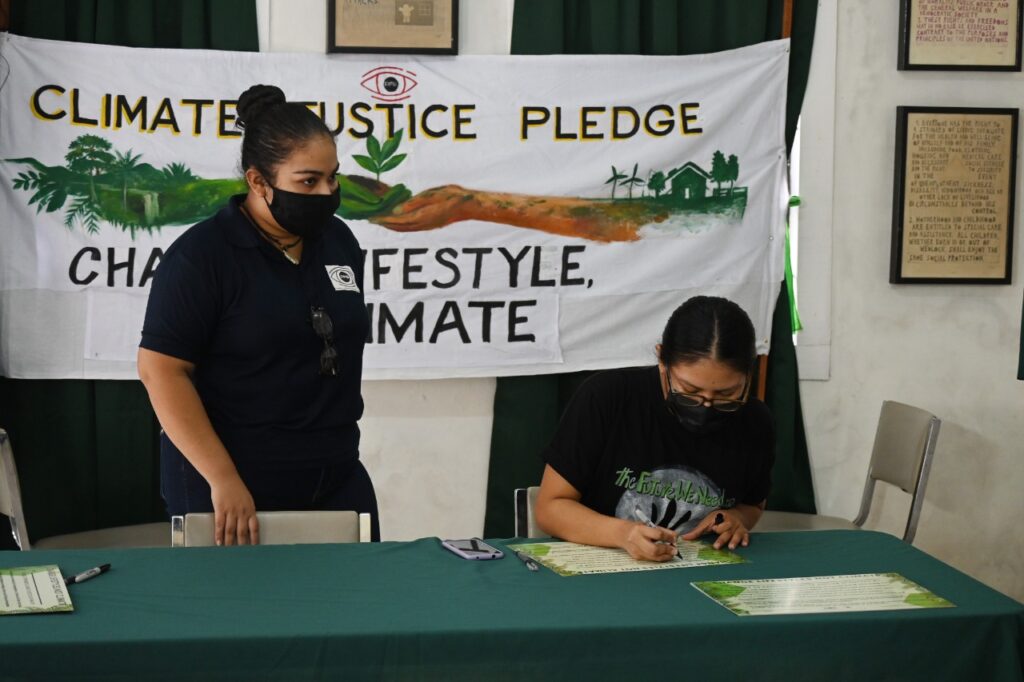 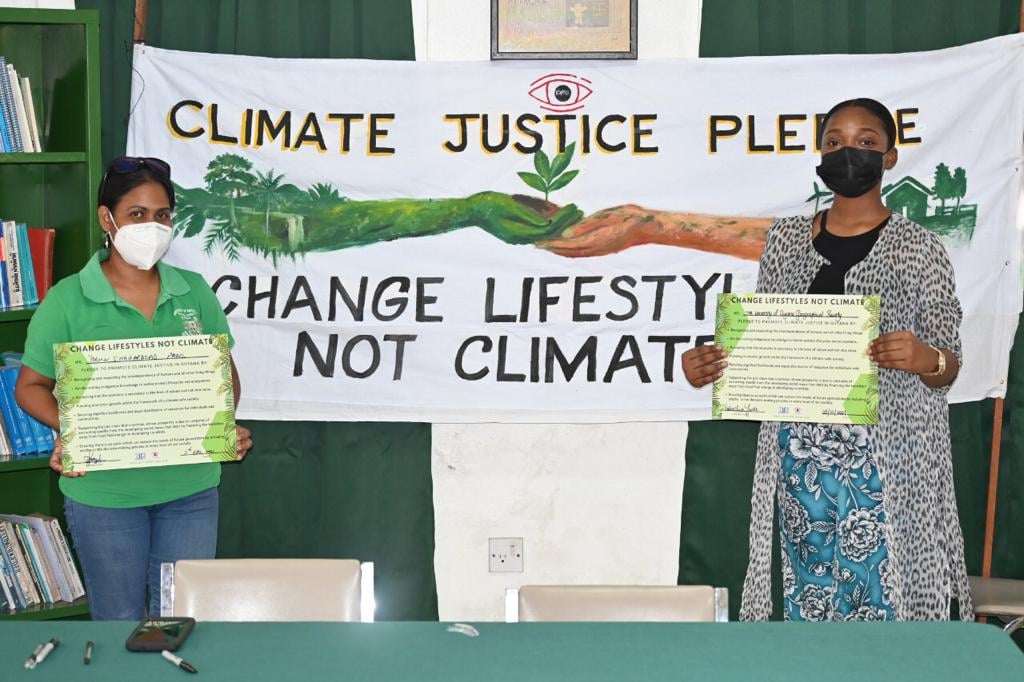 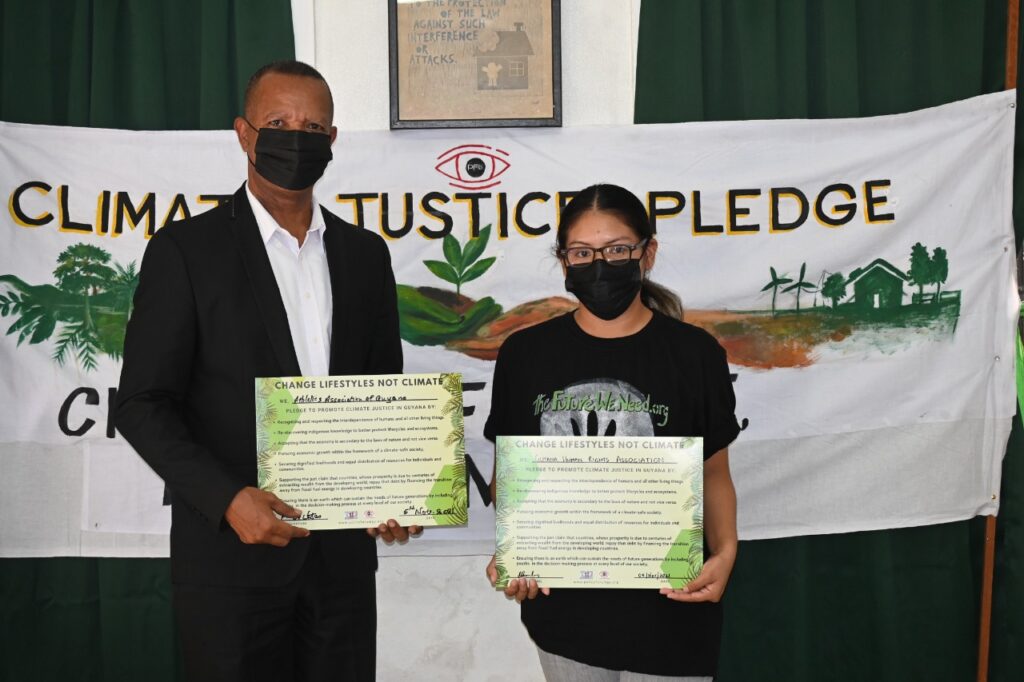 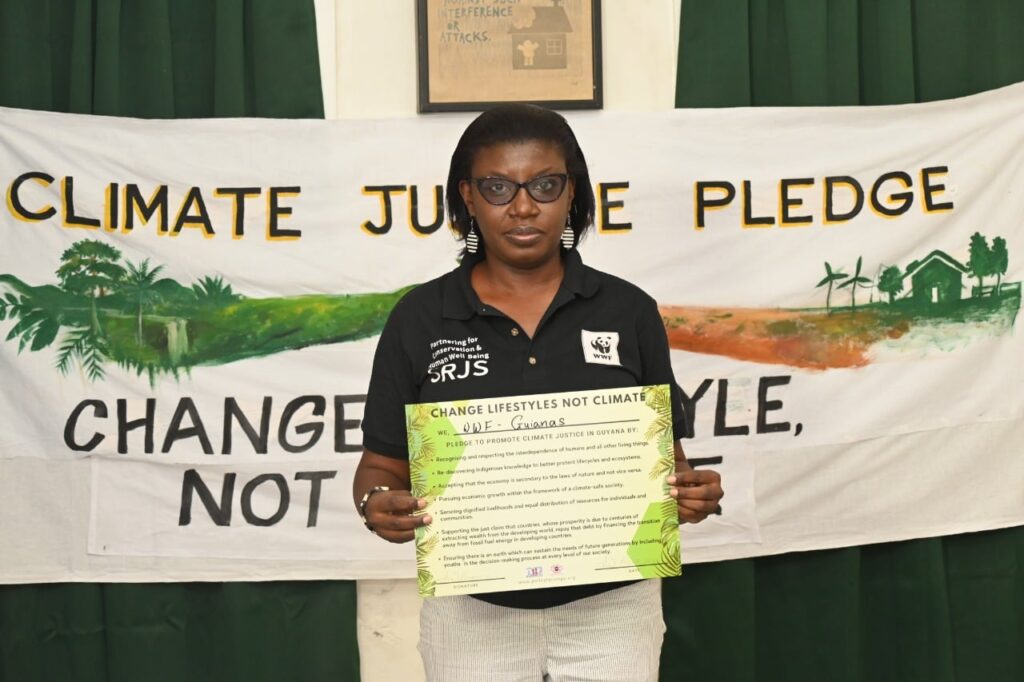 Visit us @ our OFfice

You can visit us at the Guyana Human Rights Centre building on Wednesdays & Fridays from 10:30am to 3:00pm. 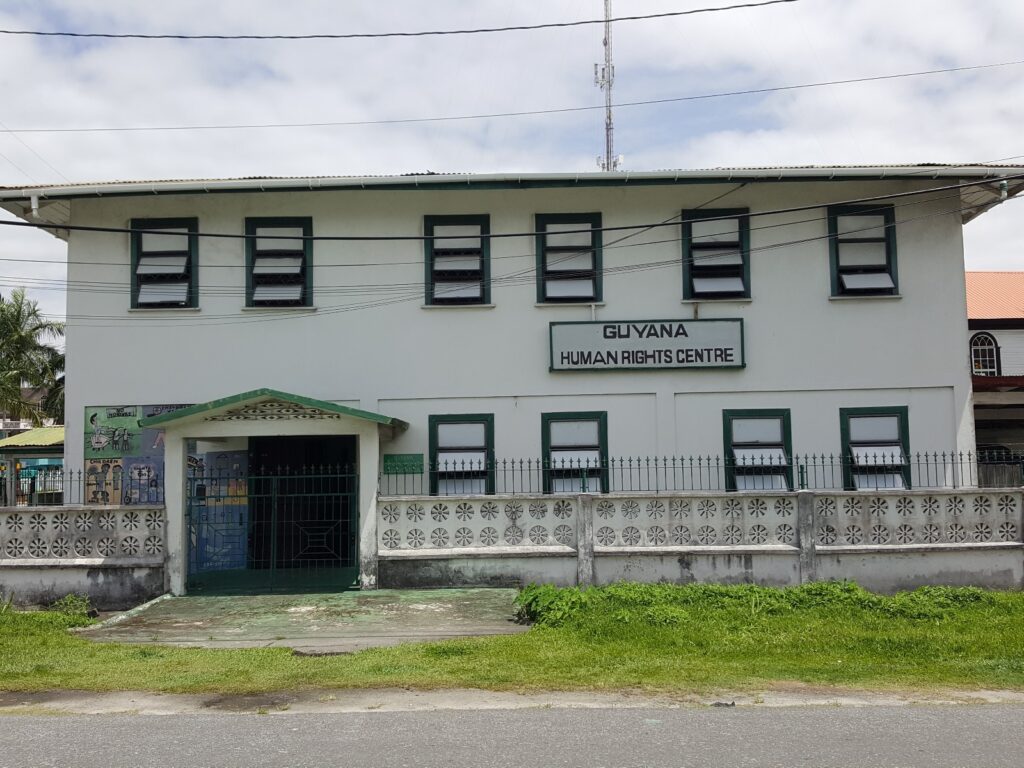