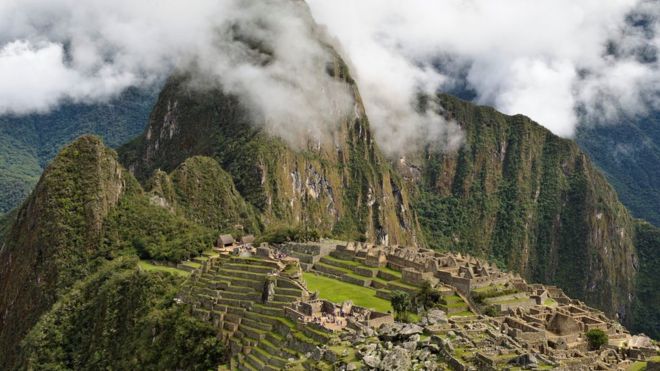 A tanker docking in the UK is transporting a controversial cargo of gas from the Peruvian Amazon.

It is thought to be the first shipment to the UK from the Camisea project in the rainforest 60 miles from Machu Picchu.

Supporters of fracking say the UK should frack its own gas, rather than importing from sensitive regions like the Amazon.

But opponents of fracking say the practice creates disturbance and pollution and fuels climate change.

The tanker Gallina, owned by Shell, is scheduled to arrive at the Isle of Grain in Kent.

The gas project at Camisea field has been hugely contentious.

They were later praised for minimising environmental damage and for boosting the economy of Peru.

But the same report said indigenous people had not shared the gains.

Nick Grealy, a shale gas proponent, told BBC News: “Friends of the Earth and Greenpeace oppose fracking – but surely they would be appalled to be getting gas from the Amazon?

“I share their concern about climate change, but environmentalists are scoring own goals with this one.” 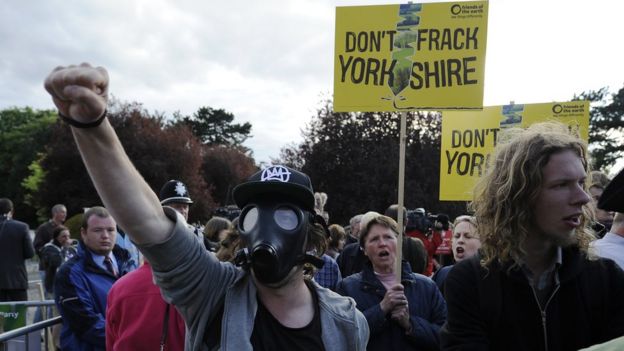 Fracking has proven controversial in the UK

An environmental factor in the fracking debate is the comparison between the carbon emissions from fracked gas and the emissions from compressing conventional gas to ship it from countries like Peru.

The government’s official adviser, the Committee on Climate Change, says current evidence suggests that “well-regulated domestic production could have an emissions footprint slightly smaller than that of imported liquefied natural gas”.

The committee says that, although gas without carbon capture and storage should be almost eliminated from UK electricity production in the early 2030s, it will still be used for heating up towards 2050.

The committee estimates that burning gas is almost half as bad for the climate as coal.

There are still many uncertainties, though, over the amount of methane – a potent greenhouse gas – that leaks from fracking sites.

US President Donald Trump plans to relax regulations on methane leaks from fracking in order to accelerate America’s boom in cheap energy.

Many environmentalists in the UK oppose the practice of fracking.

The process involves large volumes of water being pumped at pressure into a shale rock formation together with sand grains and chemicals, which are used to keep the tiny fractures open in the rock to allow the gas to flow.

In the UK, one shale gas well in Yorkshire has been approved, and in Lancashire construction has started at one site. Drilling is expected to start by the end of the year.