Creative placemaking initiatives are a successful advocacy method that revolves around public art of which murals are considered a highly effective tool in the process. Murals are large artwork painted on walls or other permanent surfaces with the hope of creating a tangible sense of place, destination and even increases foot traffic while adding colour and character to the urban areas.

With the intention to influence Guyanese attitudes, behaviours, and actions towards environmental and freshwater protection. Policy Forum Guyana collaborated with WWF Guianas, St. Ann’s Orphanage and Ptolemy-Reid Rehabilitation Centre from March to June 2020, to place freshwater related murals on the fences of high traffic areas in Central Georgetown.

Placing murals there will not only increase the foot traffic to the area but more importantly encourage these individuals to slow down and admire the murals. These murals portrayed 3 messages:

Additionally, murals can arouse important conversations and expand thought. These murals may also serve as collective thought spaces. Therefore, are capable of inspiring conversations around the topic which is being depicted. We are convinced that these murals have sparked numerous self-reflection and conversations on freshwater and environmental protection. This is because the ability of the “Save Our Rivers” mural to have this impact on its viewers was evaluated, resulting in 221 persons being engaged over three days. We were also able to distribute 300 of our freshwater brochures. Unfortunately, because of COVID-19, this could not have been done for a longer period nor were the other two murals evaluated.

These murals also gained the attention of Guyana’s National Communications Network, since they interviewed us to understand what inspired these beautiful artworks within Georgetown. Besides, physical contact with the murals, the photos of all three murals were shared on our social media sites and received a combined total of approximately 195 likes, 54 shares, and 22 comments.

Furthermore, apart from enhancing the appearance of some of these walls, these murals can also contrast the negative mental health effects of concrete and thus can have therapeutic benefits for the depressed, mentally ill, and homeless populations. This is an excellent benefit since a large number of homeless individuals are seen near and around mural 1 which is located near several bus parks. While mural 2 and 3 are on a girls’ orphanage (near schools) and the Rehabilitation centre, respectively. Hence, can aid with depression and various mental illnesses by being a form of therapy for these individuals. Interestingly, the date the third mural was completed coincided with the centre’s Rehab Week celebration, therefore, further highlighting the use of colourful artwork as a form of therapy for these individuals. 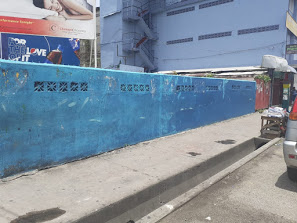 Below are pictures of the completed mural.

Below is a picture of an unpainted stretch of the fence at St. Ann’s Orphanage on Thomas Street. 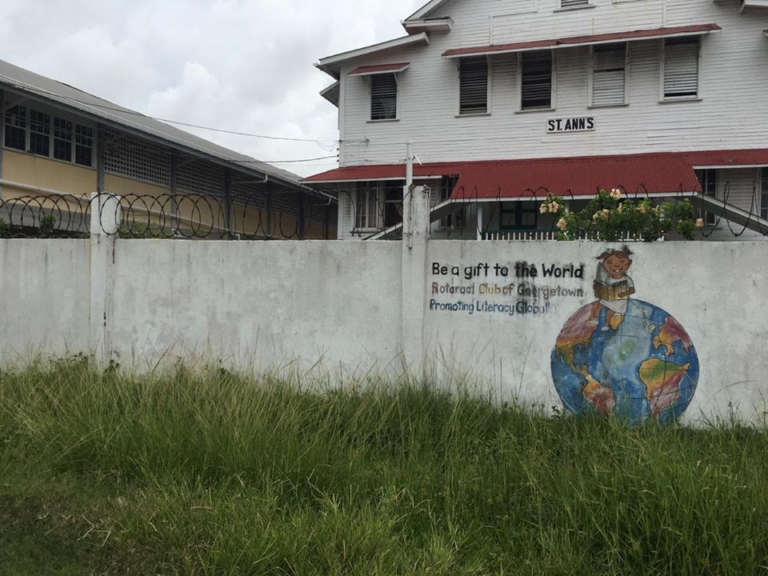 Below is a picture of the completed mural.

Below is a picture of an unpainted stretch of the fence at Ptolemy Reid Rehabilitation Center on Carmichael St, Georgetown. 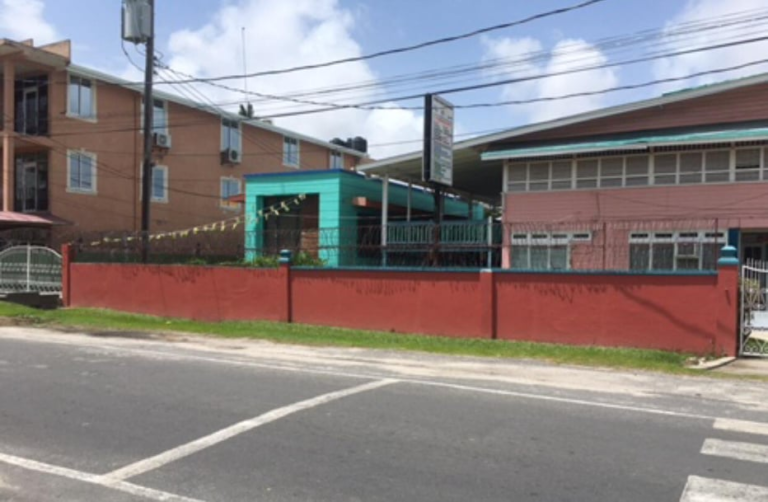 Below is a picture of the completed mural.

Below is are pictures of the Artist, Nigel Butler and his assistants working on this Mural 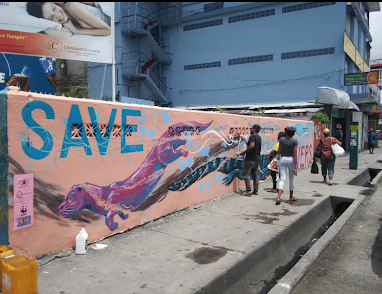