Policy Forum Guyana met with the North Rupununi District Development Board on March 2018. A key output of this meeting was a joint press-release which was issued on March 29, 2018, and subsequently featured in the April 3, 2018 edition of the Stabroek Newspaper which has a daily circulation of approximately 15,0000 persons. It was as a result of this article, entitled: “North Rupununi communities worried about wetlands, following construction of Nappi reservoir, agri plans -urges gov’t to move beyond lip service”, that led to the IDB Country Representative, Sophie Makonnen pledging to ensure sufficient consultation among all main stakeholders before continuing with the project and thereafter a subsequent temporary stay on the project activities to allow for the Government of Guyana to review/revise the scale of activities to be implemented in the Rupununi

The North Rupununi Wetlands has been shaped over millennia into the world-renowned, biodiverse-rich area it is today, and the importance of such areas are increasingly being recognized. Residents of the North Rupununi recognize well the role of wetlands as important sources of recharging, filtering and storage of freshwater, thereby ensuring water security for the 20 communities and over 8000 inhabitants of the North Rupununi. Communities are dependent on this area for food, medicines, cash incomes, cultural practices and materials for building. The Intergovernmental Science-Policy Platform on Biodiversity and Ecosystem Services (IPBES) recently highlighted that human destruction of nature is rapidly eroding the world’s capacity to provide food, water and security to billions of people. Wetlands have been particularly hard-hit with 87% of wetlands lost globally in the last 300 years. Thus, the residents were concerned about the impacts of the project that intend to occupy 22,000 acres of land of which 9000 acres of savannah lands will be converted to a massive man-made reservoir with the remaining space to be used for agriculture research stations and ancillary facilities including abattoir. Implementation and execution of this project can have significant impact on the wetlands and the range of biodiversity it supports, and upon which they depend. Therefore, by IDB agreeing to have effective consultations with all necessary stakeholders and review the intended impacts of the project means that the NRDDB, as well as individual residents for the 20 communities, are able to voice their concerns as well as be an integral part in addressing all problems arising, hence, preventing the conversion and/or degradation of critical habitat. 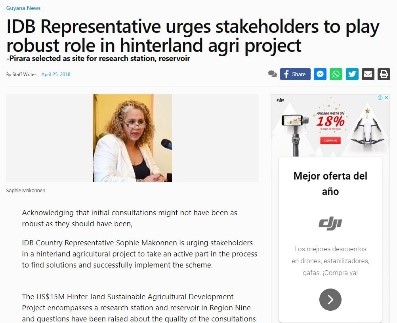 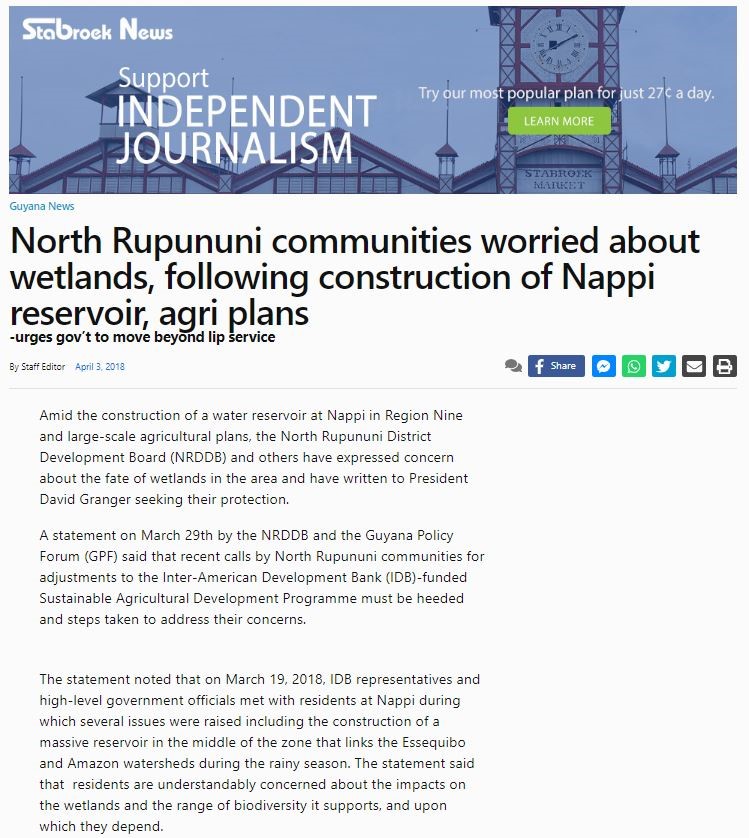 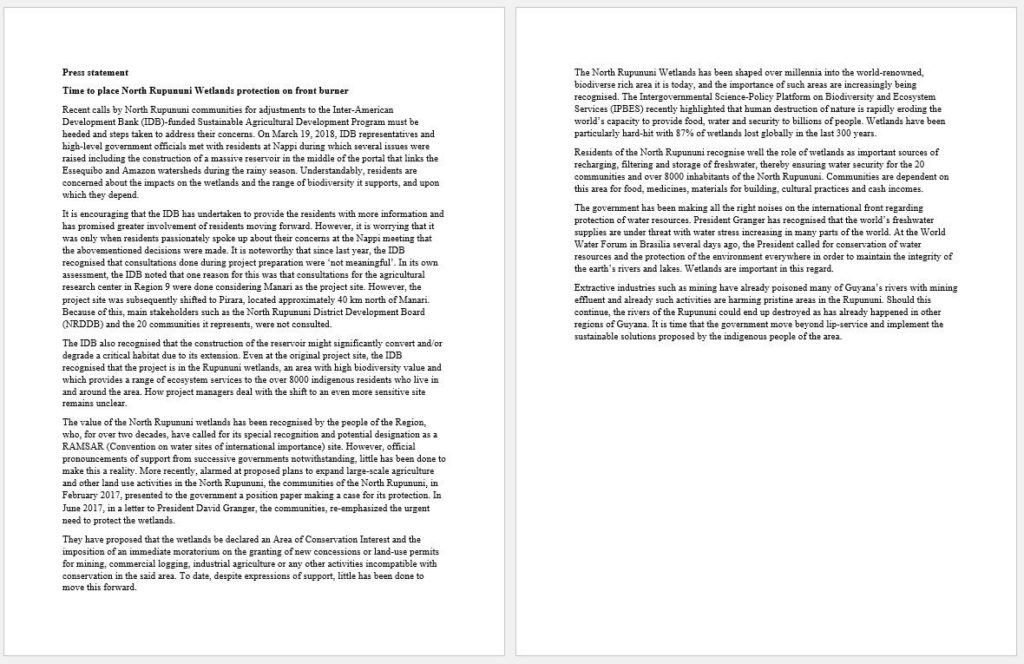