More than US$ 750 million in mining revenues disappeared from the coffers of the Democratic Republic of the Congo over a three-year period, according to a report released Friday.

“Regime Cash Machine,” published by the not-for-profit Global Witness, details how “legalized corruption” is diverting a fifth of the country’s vital mining revenues from the state budget, and thus siphoning funds that should be used for public services. 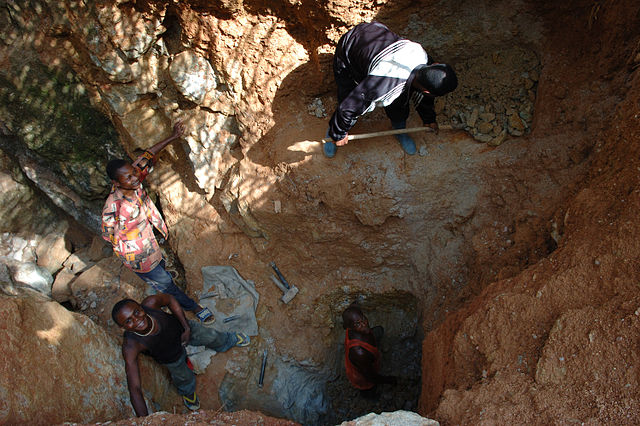 “There is no clarity on what this money was spent on or where it ended up,” the report reads, but Global Witness’ investigation found that some of the funds were disbursed through corrupt networks with ties to President Joseph Kabila.

Congo is one of the poorest countries in the world, with a GDP per capita of about US$ 445 – just slightly ahead of Somalia and a handful of other Sub-Saharan African nations, according to the World Bank.

But the country is extremely rich in natural resources. In 2016, it provided more than half of the world’s cobalt – an in-demand metal used in smartphones and batteries for electric cars – and came in #6 in global copper production.

Lucrative mining companies are required to contribute a portion of their profits to Congo’s state budget through a combination of taxes, royalties, signature bonuses and dividends. However, Global Witness found that between 2012 and 2015, more than US$ 750 million of those funds were lost to corrupt state-owned companies and national tax agencies.

The figure rises to US$ 1.3 billion when company payments to other government bodies and a now-dissolved provincial tax agency are included.

The biggest offender in the siphoning scheme is the main state-owned mining company, Gécamines, which is “hemorrhaging” money even though it used to be the country’s most profitable mining venture.

Gécamines hardly does any of its own mining today, but rather holds shares in about 20 third-party mining projects, according to the report. It receives more than US$ 100 million annually from those investments but contributes only a “tiny percentage” to the state.

At the same time, Gécamines found the funds to repay a large loan from Dan Gertler, a close friend of President Kabila, while its own staff and other loans went unpaid.

The other main culprits are Congo’s tax agencies, which are responsible for collecting taxes on industrial mining, highly secretive, and often run by individuals with close personal or professional relationships with Kabila.

Global Witness found that the tax agencies withhold a portion of the mining proceeds each year for their “own funds” – so not only are some major mining companies not paying their fair share to the state, but tax agencies are also drawing from the pot.

These most recent corruption allegations come as Kabila clings to power after refusing to step down at the end of his second term in office last December.

Kabila then promised to hold new elections by the end of this year, but that timeline continues to be pushed back amidst a severe economic crisis and ongoing civil war between government troops and Kabila’s opponents, The New York Times reports.

Kabila’s government has not commented on the new Global Witness report, according to the BBC, but has previously denied allegations of corruption in Congo’s mining sector.