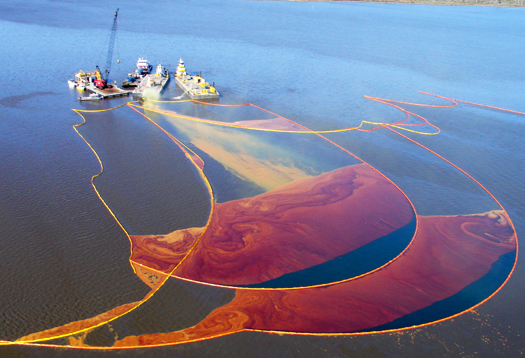 Notice has been served to the public by the Environmental Protection Agency (EPA) that Esso Exploration and Production Guyana Limited (EEGPL) has applied for an environmental authorisation for petroleum operations in the offshore Stabroek Block where the lead explorer ExxonMobil made a huge oil discovery in 2015.

This is another formal step in the manifestation of the country’s long-held petroleum-producing aspirations but one that should also present great pause to the decision-makers. Some of the predictions about the Liza-1 well has led to dizzying projections of revenue even with oil prices hovering in the range of US$50 per barrel. These projections have been heightened by the announcement last week of the discovery of a separate reservoir at the Payara-1 well by the same Exxon Mobil and the likelihood that this basin contains more rich fields of oil and gas. As we have said before, the scale of the discovery and its potential to catapult the country’s growth must not blind the decision-makers to the potential dangers posed to the environment and flora and fauna from a production programme of this size, particularly given the very weak regulatory environment here.

The EPA notice published in Saturday’s Stabroek News says that phase one of the programme is expected to last at least 20 years offshore and the programme will be undertaken approximately 190 kilometres north of Georgetown. It would also include land-based facilities such as pipe yards and bonds. The proposed project will include drilling of subsea development wells and the use of up to two drill ships. Further, a floating production, storage and offloading (FPSO) vessel will be tethered and connected to the wells for output and will have the capacity to produce 100,000 to 120,000 barrels of oil per day. The oil produced will be offloaded and transported to buyers via oil tankers.

There are any number of points in this production chain where weaknesses  can result in environmental problems such as spills or worse, a catastrophic failure of the well or its extracting process. Any such disaster offshore could spell major problems for the Guyana coast and various habitats between the shore and the location of the production facilities.

The worst case scenario would be the Deepwater Horizon disaster in the Gulf of Mexico in April 2012 which caused the deaths of  11 persons, spilled nearly five million barrels of oil, killed untold numbers of wildlife and deposited environmental time bombs in coastal areas.

At present Guyana has zero capacity to fight or mitigate any of the effects of even the smallest spill offshore. It would struggle even onshore to tackle the escape of hazardous materials. With oil production expected to begin around 2020, the country has three years to create the capacity to respond. It would require the EPA or a specialised agency to have marine biologists, petroleum experts and a team dedicated to fighting all types of challenges associated with offshore oil production. It would also require a range of transport assets. The country will hopefully not be relying on handouts from ExxonMobil or others looking out for their own interests. Guyana must take full charge of its own responsibilities in this area and one of the first allotments from oil production revenues must go towards entrenching environmental protection and safety. In the meanwhile, financing has to be found from somewhere to begin fortifying the EPA to discharge its mandate. This is another area where the more than one billion dollars spent on D’Urban Park by the government could have been better used.

EEGPL in its filing with the EPA listed a variety of other environmental risks from its operations including to air quality and climate, marine water quality, protected areas and other sensitive habitats, human and ecological health and archaeological and cultural heritage resources. Its FPSO vessel will be a converted double hull tanker or VLCC (Very Large Crude Carrier), approximately 340m long by 58m wide by 33m deep (1115 ft long by 190 ft wide by 110 ft deep), and will be moored on location. It will have a minimum oil storage capacity of 1.6m barrels of oil within its hull and offload up to a million barrels to a conventional tanker every 5 to 10 days. The EEGPL filing said that the tanker will be held in position with tugs to maintain a safe separation distance of approximately 400 ft from the FPSO.

The filing further stated that EEPGL will drill approximately 17 wells offshore to support extraction of the oil from below the sea floor. Each of these wells will be drilled using a floating drill ship to a depth of over 5,000 metres (m) below the sea floor. EEPGL will install some of the oil production facilities on the sea floor at approximately 1700-1800 m (5500-5900 ft) water depth. These subsea facilities include various types of pipes and hardware and allow the oil from the wells to be moved to the surface of the ocean.

These arrangements can easily pose a variety of risks and it is troubling that the government is yet to map out its plans for environmental protection in the oil and gas sector. There has been a lot of euphoric talk and postulations from both the government and the private sector about how oil revenues will be spent. There must now be equal attention on how to prepare for something going wrong. Aside from the staffing of the EPA or a specialised agency, the government must move swiftly on other fronts. One of these could be  the establishment of a standing committee of Parliament on Oil and Gas considering the likely importance to the economy of this sector.

The first order of business, however, is the environmental authorisation for the project and given how heavily invested the government is on having this project go ahead, it should balance the scales and make expertise available to the EPA and interested local groups which could then pore over EEPGL’s plans and ensure that iron-clad commitments are given on how the risk to the environment can be minimised.