PFG supported the hosting of a meeting of senior officers from the Ministry of Natural Resources, Environmental Protection Agency, Hydromet, Guyana Water Inc., Guyana Forestry Commission, Maritime Administration Department, Conservation International and World Wildlife Fund as well as a representative from the establishing committee for the National Water Council attended a meeting chaired by Major General (Rtd) Joseph Singh (Former Executive Director of Conservation International and Chairman of the Board of Geology and Mines Commission from 2010 to 2012) where all present agreed that interagency collaboration is necessary if Guyana’s freshwater sources are to be protected. This was as a result of a PFG booklet that was produced in August 2019 based on the findings of the rapid assessment of the regulation and control of rivers in Guyana which was conducted from the 28th January – 15th March 2019. The contents of the booklet were also highlighted and 200 copies distributed by Dr Kalamandeen during her presentation at the National Toshao Council meeting on October 8, 2019. The booklet was also distributed during a panel discussion with youths on Climate Change in Guyana on November 15, 2019, at Moray House. The Rapid Assessment revealed a consensus among the Agencies that current arrangements for the protection of rivers are not satisfactory. Overlapping mandates, inadequate resources, over-centralization were all noted as contributory factors. Lack of important data on water quality as a foundation for effective water policies was also identified by the agencies within this booklet.

For the 1st time, government and international agencies with a goal for river protection had a meeting on how best we can manage this critical resource, freshwater. At that gathering, it was agreed that new forms of collaboration between Government Agencies, civic organizations and communities are required to preserve forests, bio-diversity and other natural resources in the Amazonian regions of Guyana. It was recognised that this region’s water, nourishes and sustains nature, life and the cultures of hundreds of indigenous communities, farmers, riverine people and inhabitants of urban centres. The water cycle is the connecting axis between ecosystems, cultures and development and is essential for the survival of the tropical forests. This came after consideration was given to the results of the “Rapid Assessment of Rivers in Guyana”, conducted by Mahendra Doraisami and Gaulbert Sutherland. The assessment considered the legal and regulatory status of Guyana’s rivers.

Legislation and regulations governing rivers have not kept pace with changes in human activity; from small-scale, eco-friendly personal and community logging and mining to predatory extractive interventions which literally squeeze the life out of trees, rivers and wildlife. To counter these voracious threats, all – Governments, enterprises, regulatory bodies, tourists and travellers alike, must cease treating the Amazon region as inexhaustible. It must be acknowledged that we must cultivate a mentality more in concert with the grim reality that Guyana’s rivers which are no longer ‘mighty’, most are sluggish, some polluted to the point of exhaustion, barely alive at all. Human activity has grossly over-stressed all of our freshwater sources.

Rehabilitating the vitality of rivers requires a radically altered relationship to water. Such fundamental re-thinking of our relationship with water must be embedded in a national water policy that protects non-human life, mandates sustainability and respect seasons. Regulations and legislation should then be revised in conformity with this vision.

While decentralizing regulation and management of rivers may appear to be routine matters, the underlying issues at stake are game-changing. For this reason, Policy Forum Guyana is appreciative of the positive approach manifested by the relevant Agencies and the extent to which a willingness to seek cooperative solutions pre-dominated over self-interest at the inter-agency meeting.

Below are pictures of Inter-agency meeting on 26th November 2019 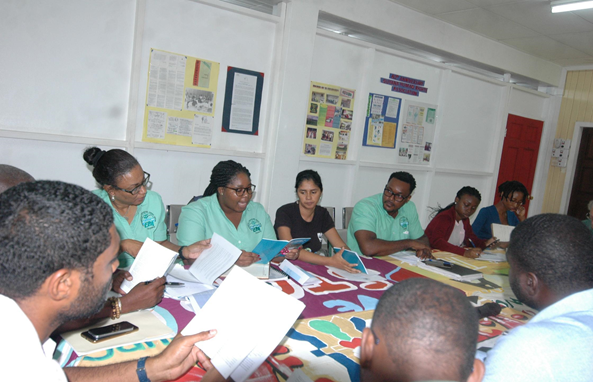 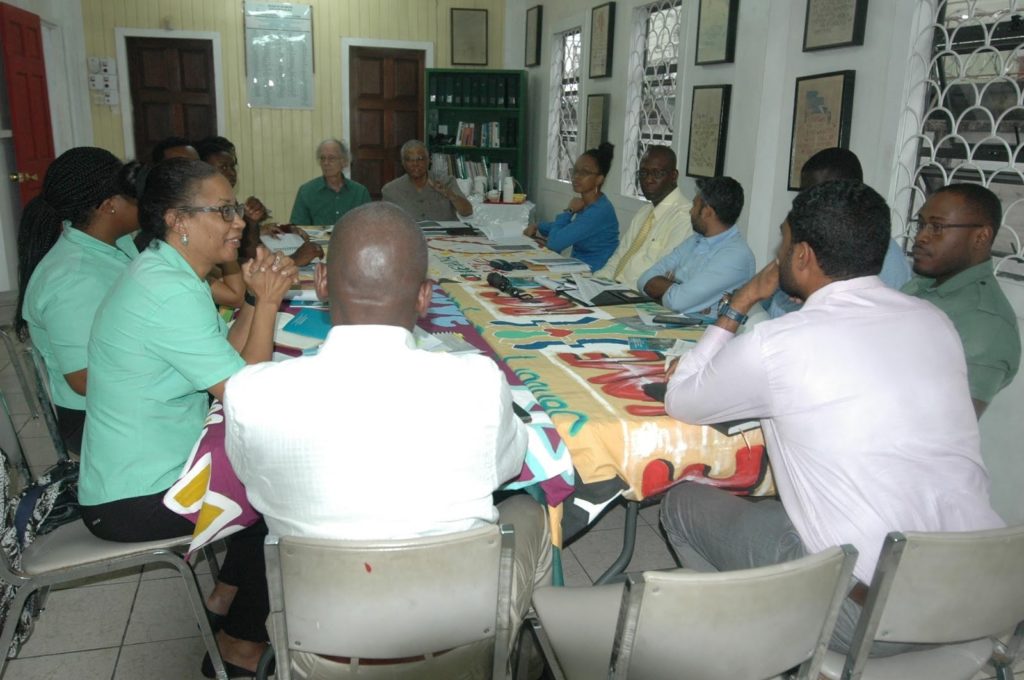 Below are pictures from the presentation at the National Toshao Council 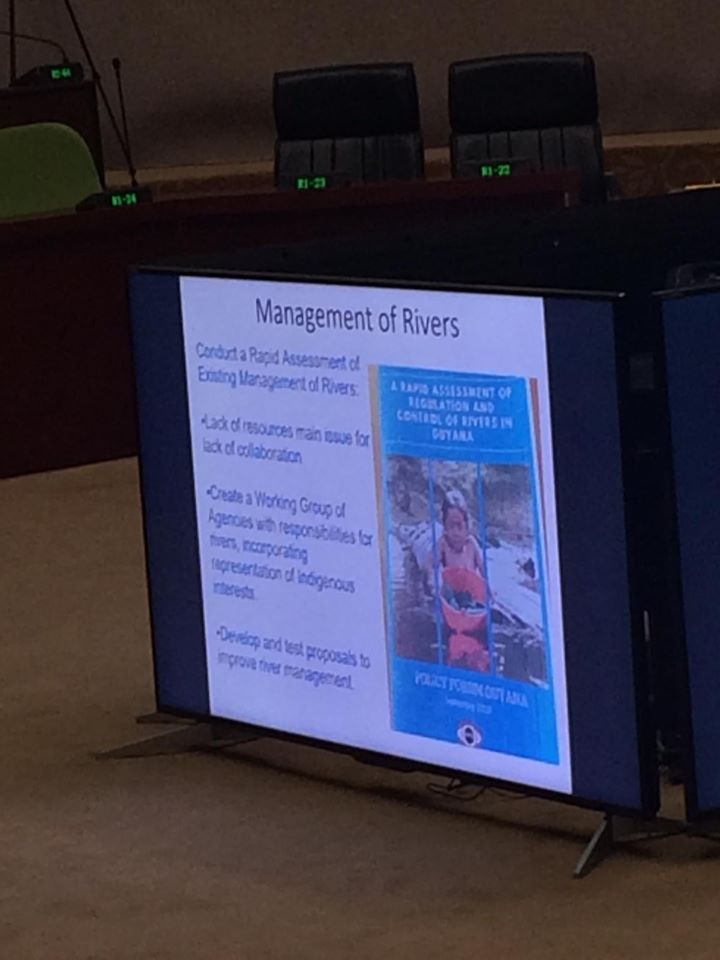